Leanna Delevski: My father Icek Kapelmajster as he was then known, was 11 1/2 when he was put with his family into the Kiecle Ghetto.

from there hard labour and loss of family had dulled his recollection of a fabulous caring and loving family.
Years of many concentration camps including Auschwitz and Buchenwald filled with horror and death meant a childhood robbed of life itself.

After liberation by the American army and photo of himself proving he was there, many more years of heartache was to come learning his family had perished, learning how to be a human and knowing that he could never return to Poland.
the Red Cross helped him to a new life in Australia, a lovely family took him in and helped him realise that life was here to be embraced.

he met his wife Nita and changed his name to Jack Meister, had work, a Daughter (me) a house but always there was something missing and torturing him although he would not admit it.

His Polish family he would not know their fate but also be captured at an early age meant he didn’t know and details other than his parents Sara & Ancel and his brother Israel name.

• this meant that we can’t find a birth certificate for him,
• we can’t know if anyone owned any property,
• we don’t know if they had any insurance
• we don’t know family names to find out their fates
• street names in Kiecle have changed 2 and 3 times through the different political changes

he is now 92 living alone since my mum passed away and still it’s hard for me
i lost grandparents, uncles, aunts cousins the lot

where is my compensation? for family history, medical and love
money is sometimes insignificant in the scheme of life 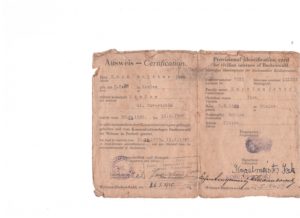 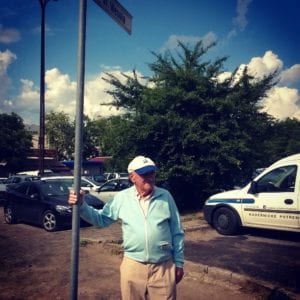