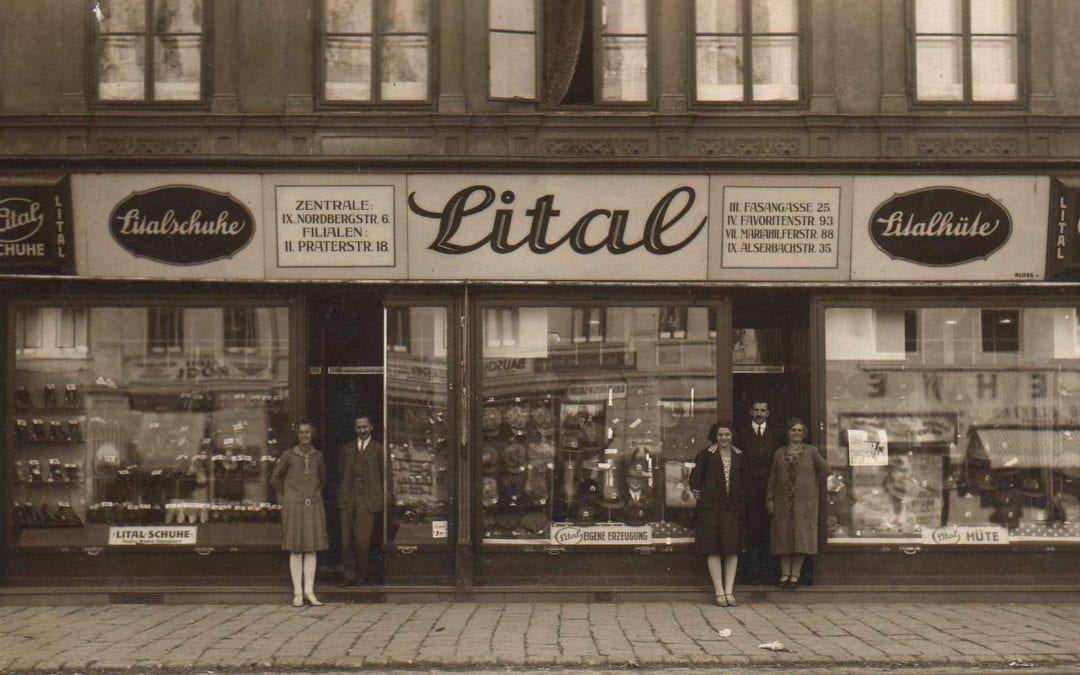 Submitted by Deborah Holman –
May, 1938 – In his (my great-grandfather’s) words: Three “gentlemen” appeared at the office of the firm LITAL, exhibiting a “communication” from the “Kreisleitung” of the NSDAP to the effect that the firm LITAL has been taken over by the NSDAP in the interest of its 60 employees and will be conducted by said Party in the future. Suffice it to state that the said three “gentlemen” wore SA uniforms and stated to be the “Commissar”, the “Kreisleiter” and an appointed “Aryseur.” ~ Sigmund Lichtenthal ~

Two weeks later, on May 15, 1938, Sigmund’s son, my grandfather, Paul Lichtenthal was arrested and subsequently sent to Dachau where he remained until being transferred to Buchenwald on Sept. 22.

The family business, LITAL, was a hat-making enterprise and also had five retail shops in Vienna, Austria. The family lost all assets related to the business. The family home, a beautiful villa-like property that my great-grandfather had purchased for his retirement years was “given” to current renter, so that was also lost.

Not only did Sigmund lose his business and his home, he and his wife, Rosa also lost all their possessions when the liftvan in which they had stored their items for shipment to the United States (1940) was seized by the Germans as “enemy property.”

Ultimately Paul was released in 1939 and traveled to the United States to be reunited with his wife and child who had emigrated via Holland in Sept. 1938. Sigmund and Rosa were able to leave Vienna in February 1941 to join their family in New York.

Throughout the entire time, Sigmund attempted to get reparations for his losses. He had minimal success – a few thousand dollars maybe by the time he died in 1957.

In 2003, I decided to take up where Sigmund left off and was able to gain some reparations from the _General Settlement Fund for Victims of National Socialism _ for my mother, who was forced from her home in 1938 at age 6. I am currently writing a book about the family’s experiences.